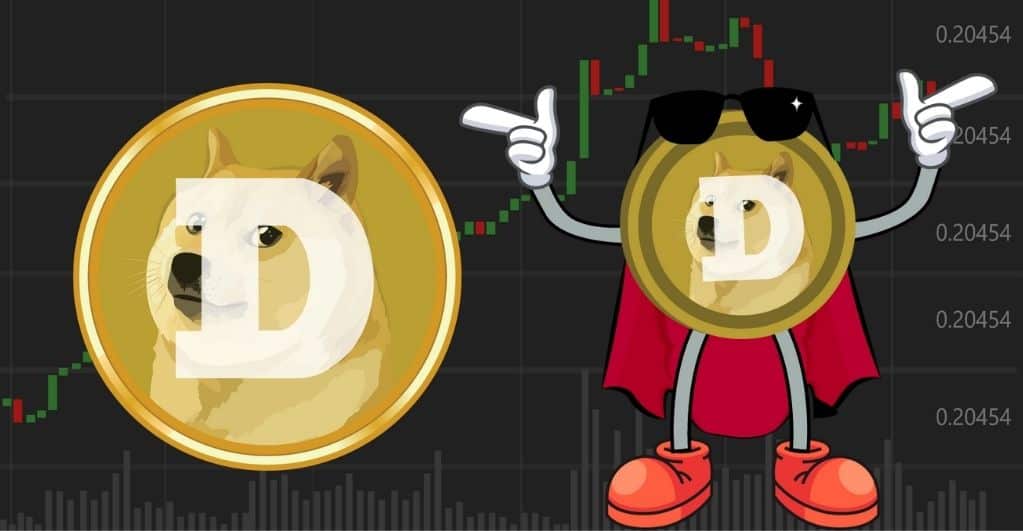 Dogecoin, a cryptocurrency,  is presently raging. It is aiming higher and climbing on the charts. According to Gianni Di Poce, a crypto market analyst, Dogecoin (DOGE) will soon give stern competition to the market’s leading coins.

In the Benzinga Crypto Trading Festival, Gianni Di Poce said that it wouldn’t be surprising for him to see Dogecoin at the top in the coming period.

The charts of Dogecoin are showing a bull flag or something similar to a bull pennant. The same is a sign of a new high and will most likely break the trendline.

In the past month, Dogecoin has shown remarkable movement. It was on a horizontal drift that broke the resistance and then aimed for setting a new all-time high. He pointed out that the idea of longer traders and intense outcomes has brought the traders of Dogecoin into the major league.

The reports are supported by the latest market analysis that is supporting the idea of Dogecoin to re-ignite the surge by forming the bull pennant that will power that past price of $0.03.

According to recent data from Coinmarketcap, Dogecoin was positioned at $0.2778. It is dealing with a 0.7% loss in the past 24 hours.