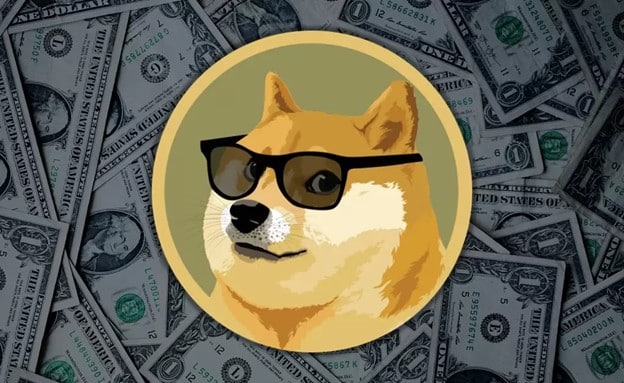 A Comprehensive Overview of Dogecoin – History and Safety

Dogecoin is an open-source, peer-to-peer cryptocurrency and is considered by the crypto community to be an Altcoin with the underlying technology of Litecoin. While it did start as a joke and is often referred to as a meme coin sarcastically, there is no denying that it has steadily gained a lot of merit on the Blockchain.

Dogecoin was introduced on 6 December 2013 as a “joke currency,” with its logo being a replica of the Doge Internet meme of the Shiba Inu dog. However, the joke did not last long as people started to take the crypto as seriously as they do with the others. The Dogecoin saw wide acceptance and a growing online community that pushed the coin’s market capitalization to USD 60 million by January 2014, a mere month after its launch. The current market capitalization of Dogecoin is $500 million and is ranked 46 by CoinMarketCap.

While other cryptocurrency production progressed at a slow and sedate rate, Dogecoin took the crypto world by storm with its massive exponential growth. By the middle of 2015, it had 100 billion coins in circulation with an incremental 5.256 billion coins every year since then, according to Dogecoin News. Even though Dogecoin has not made any significant dent in the mainstream commercial crypto applications, it has gained huge popularity as an Internet tipping solution. Dogecoin is widely used on social media platforms to grant tips to others for interesting and useful content.

The Litecoin scrypt technology and an unlimited supply of Dogecoin have made this crypto a quicker, more consumer-friendly, and flexible version of Bitcoin considered a deflationary coin. There is a limit on the number of Bitcoin coins that can be mined, with the amount being released into circulation through mining rewards being reduced by half every four years. Hence the inflation rate is also reduced till all coins are released. On the other hand, Dogecoin is an inflationary coin with no ceiling on the number that can be mined and brought into circulation.

The Philanthropy of the Dogecoin Community

The Dogecoin community has participated actively in events and charity that uplifts those in need. This is an aspect that is exclusive to holders of this crypto. In January 2014, a month after its inception, 27 million Dogecoins worth about USD 30,000 was donated to fund the Jamaican bobsled team for participating in the Sochi Winter Olympic Games. A couple of months later, another donation worth $11,000 Dogecoins were made to build a well in water-parched Kenya. The same month, March 2014, NASCAR driver Josh Wise received a grant of $55,000 worth of Dogecoins to participate in competitions.

Why is Dogecoin called Memecoin?

Dogecoin is known for its bold and artistic work with an Internet meme as its mascot. The word Dogecoin is derived from Doge, which is an Internet name for a dog intentionally misspelled in a TV series way back in 2005. This term Doge was then linked on Reddit in 2010 to the picture of a Shiba Inu dog, and this cute frame became one of the most talked-about Internet-memes ever. This meme or picture is on Dogecoin’s face and is why Dogecoin is often referred to as Memecoin.

The first cryptocurrency to have used a meme to spread market awareness has been Dogecoin. Although a meme is a joke that is transformed into a crypto coin, such coins have done exceptionally well in the market. Apart from Dogecoin, Cointelegraph and Garlicoin are proof of this.

A Brief History of Dogecoin

The creator of Dogecoin is Billy Markus, a programmer from Portland, Oregon. He wanted to create a cryptocurrency that would be fun and reach a wider audience than the staider Bitcoin. Additionally, he did not want his coin to be mired in any controversy like other coins. Luckily, around the same time, an employee of the marketing team of Adobe Systems in Sydney was encouraged by a student at Front Range Community on Twitter to make the idea of a crypto coin a reality.

After a lot of persistence by the student, Palmer decided to purchase the domain dogecoin.com and designed the coin’s logo – the meme – with scattered Comic Sans text. Seeing this site, Markus reached out to Palmer and created Dogecoin based on the existing cryptocurrency LuckyCoin. Initially, Dogecoin followed a platform that had a randomized reward for mining a block, which in March 2014 was changed to a static block reward. Dogecoin, like LuckyCoin, uses scrypt technology in its proof-of-work algorithm with a network that produces unlimited Dogecoins.

Starting from the dark side, Dogecoin has faced certain security issues after its launch. On 25 December 2014, a Dogecoin wallet was hacked, and 21 million coins were stolen. The Dogecoin community rose to the occasion, collected almost $13,000, and paid back those who lost money.

On the brighter side, the Blockchain technology is very safe and secure, and the Dogecoin Blockchain has never been hacked to date. However, a point here is that all Blockchains, including Dogecoin, have a 51% risk of attacks. It means that there is a likelihood of half of a Blockchain going under the control of an individual or a group who could then add invalid transactions to the Blockchain. It can harm any cryptocurrency that faces such a hack attack.

When Dogecoin was first launched, the developers in 2014 created a merged mining operation with Litecoin to reduce the possibility of attacks. The mixing of the two currencies makes both the networks extremely secure. If you plan to invest in Dogecoin, then go through Dogecoin Predictions to know all the market updates regarding Dogecoin.

The question that arises now is whether Dogecoin is any different from hundreds of other coins. The answer is YES – the strength of Dogecoin lies in the robust Dogecoin community. It is a platform for learning about cryptocurrency and a place to have fun and perform charitable deeds.